As shown in the Table of Article #5, in some cases the results difference (\(\Delta_P {VIP} - \Delta_P {PAX}\)) leads to negative values, see those cases highlighted below. It means that for our example - numeric Corporate Jet - those cases (big volume of Cabinets with tiny vent area), the \(\Delta_P\) of the PAX configuration is higher than \(\Delta_P\) of the VIP configuration.

To better understand this phenomenon, we selected one Cabinet Configuration (Cabinet Volume = 125ft³ and Vent Area = 2in²) to study the decompression process in detail, considering both configurations (PAX and VIP) of our dummy Numeric Corporate Jet. This Cabinet sustains the following maximum \(\Delta_P\):

In order to explain this surprising reduction of differential pressure in the VIP configuration a detailed analysis was performed in four steps as listed below: 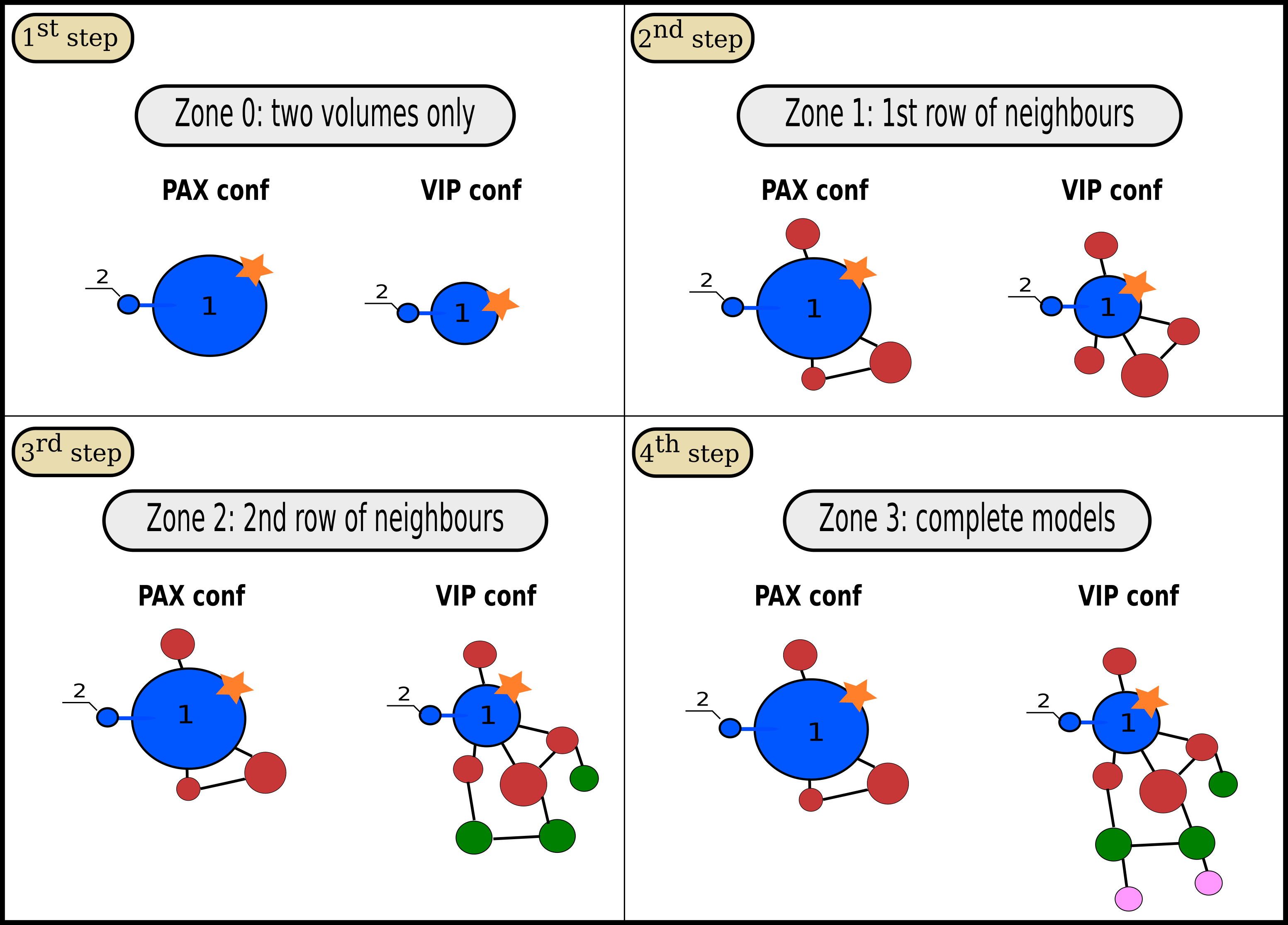 NOTE: At the Second Step, the PAX configuration already includes all volumes whereas for the VIP configuration it only happens in the Fourth Step.

At each step a Sensitivity analysis (one key feature of Esonix) was considered to facilitate the comparison between PAX and VIP results.

NOTE: Additional information about Sensitivity analysis is available in the Esonix Manuals (see Manuals). Esonix Tutorials provides a good opportunity to practice the use of this feature (see Tutorials).

The chart and graphs below show the maximum \(\Delta_P\) (psi) sustained by the Cabinet (Volume = 125ft³ and Vent Area = 2in²) in each one of the steps described above. 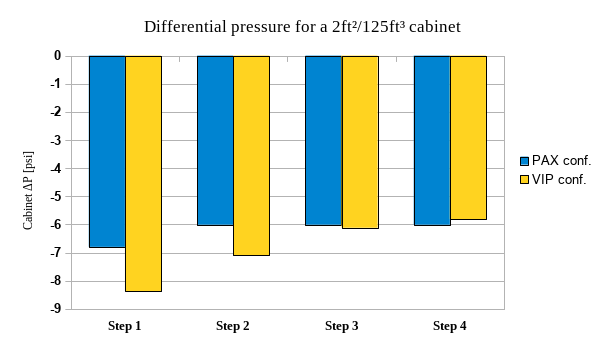 In the following graphs the evolution of differential pressure seen by the cabinet is shown in the PAX and VIP configuration at each step previously defined. 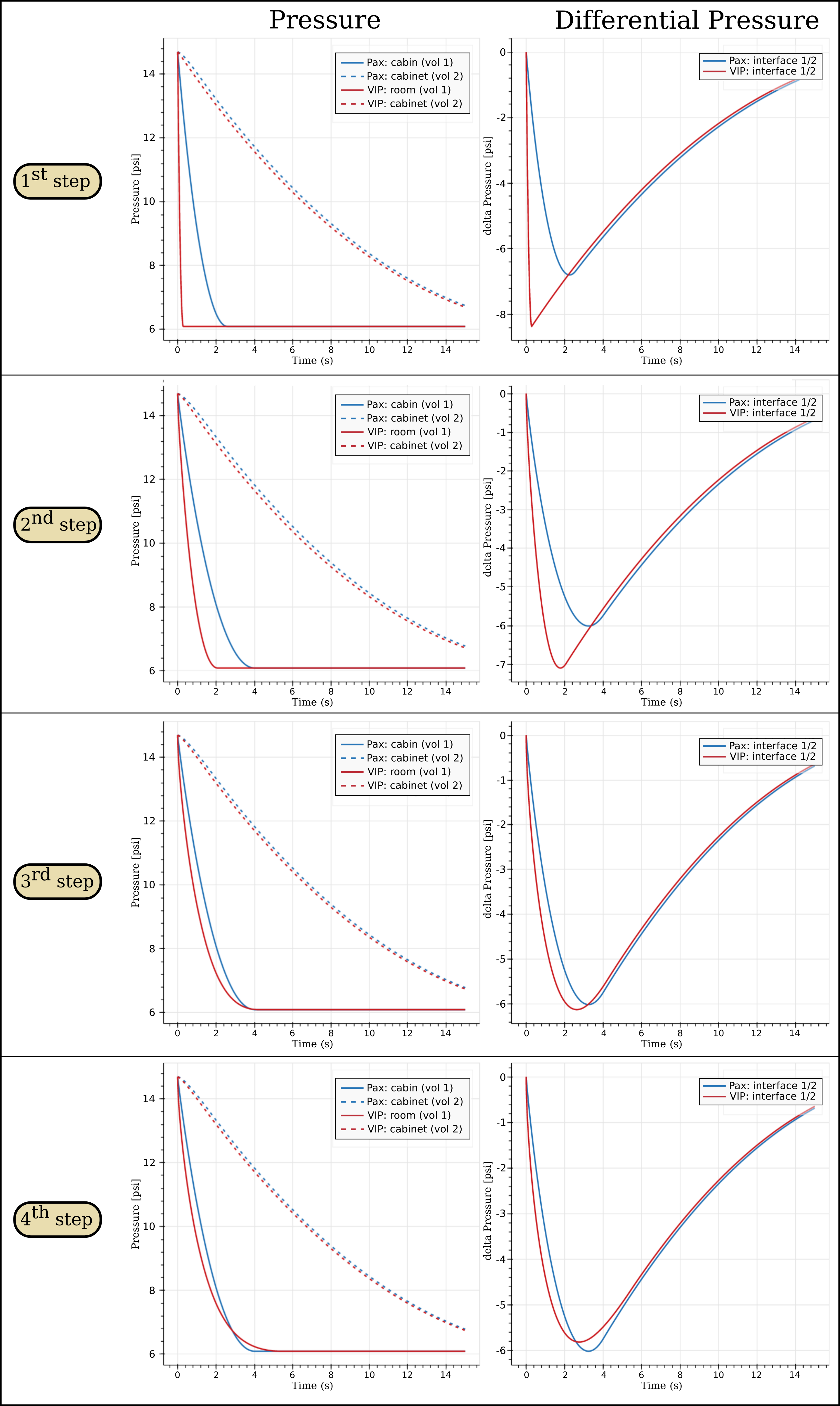 Based on chart and graphs above we can highlight some points:

In other words we can say that starting from a simple model (two volumes), each time an additional row of neighbouring volumes is considered, it brings additional complexity to the model. Some of the complexities can be exemplified as Air flow change and increase of the time to achieve the maximum \(\Delta_P\).

The graphs below compare the \(\Delta_P\) curves and Mass Flow (Mdot) of the Connection #1 (between Cabinet and room) of all models representing the VIP configuration in each step of the detailed analysis. By those graphs one can easily observe that at each step, when a new row of neighbouring volumes is added, the maximum \(\Delta_P\) decreases, the decompression spend more time to achieve the stability and the Mass Flow becomes slower. 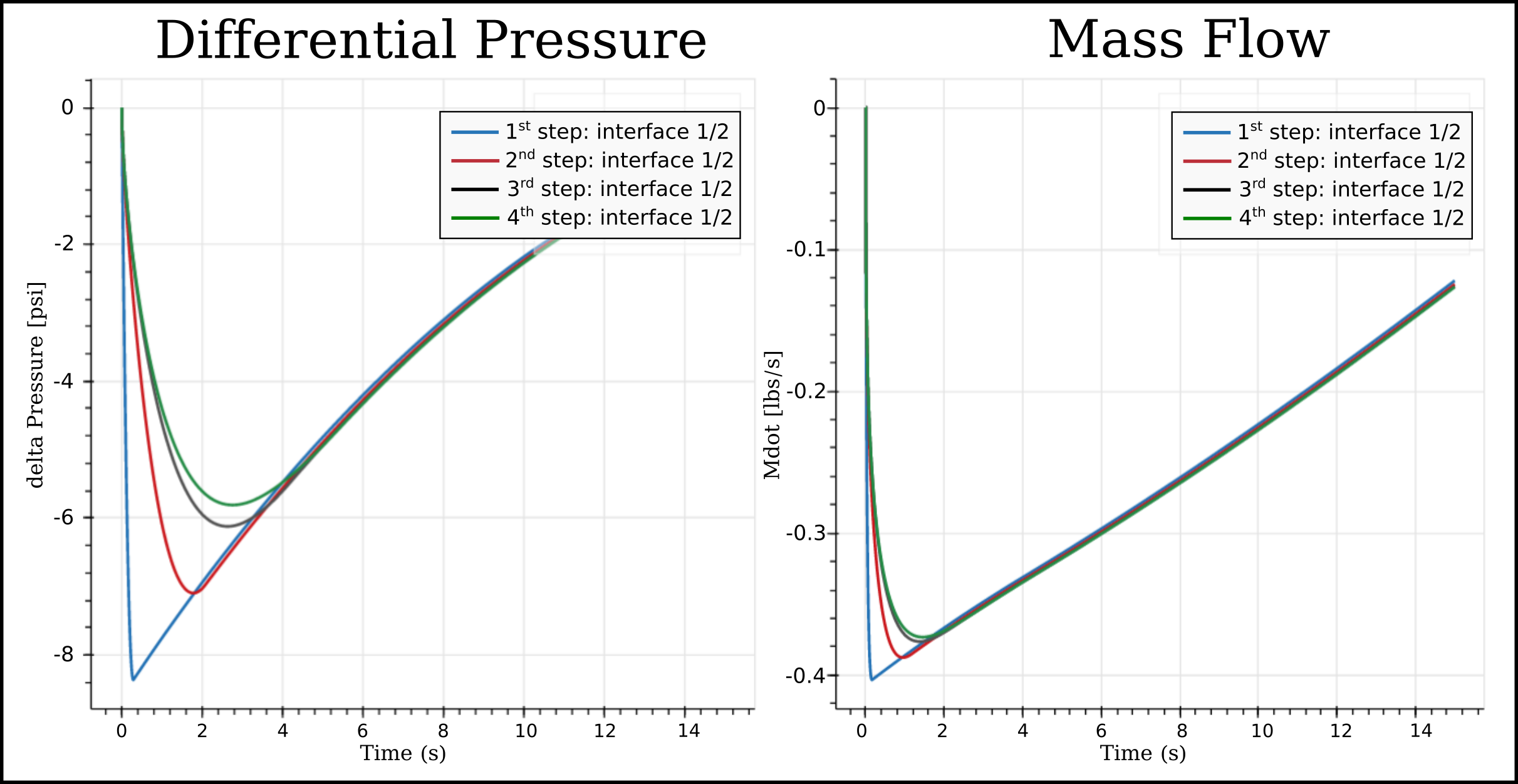 In this article we have taken a step further in the study of Small Volume Decompression demonstrating that to determine the actual \(\Delta_P\) sustained by an enclosed Cabinet several factors should be evaluated.

We can conclude, for example, that the maximum \(\Delta_P\) sustained by an enclosed Cabinet depends not only of the size of the room where it is installed but also of the complexity of the design and how the volumes are connected between them.

Esonix is an easier and efficient tool to investigate the actual pressure sustained by a Cabinet in case of decompression. With Esonix software and its features, the user is able to check several models at the same time and perform comparisons between them.

In the next Article we will study a possible approach to decrease the pressure sustained by an enclosed Cabinet in case of aircraft decompression.