Equations, and even physics, are not the same at all between 1D thermodynamical study and 3D CFD csimulation ; it would therefore be naive to expect an exact correlation between them. However on a simple case, it is very interesting and informative to correlate one against the other.

The model consists of three chained volumes of 3m³, connected via 0.5m² orifices.

The cabin parameters are defined as follows:

The atmosphere is defined as follows:

The CFD study is performed with openFoam (http://www.openfoam.org/). The solver used is the transient sonic compressible solver called “sonicFoam”.

numeric‘s decompression program was run using the isentropic engine, based on the parameters described above.

To extract values from the CFD results, two cells per volume (close to volume center) were selected and averaged. 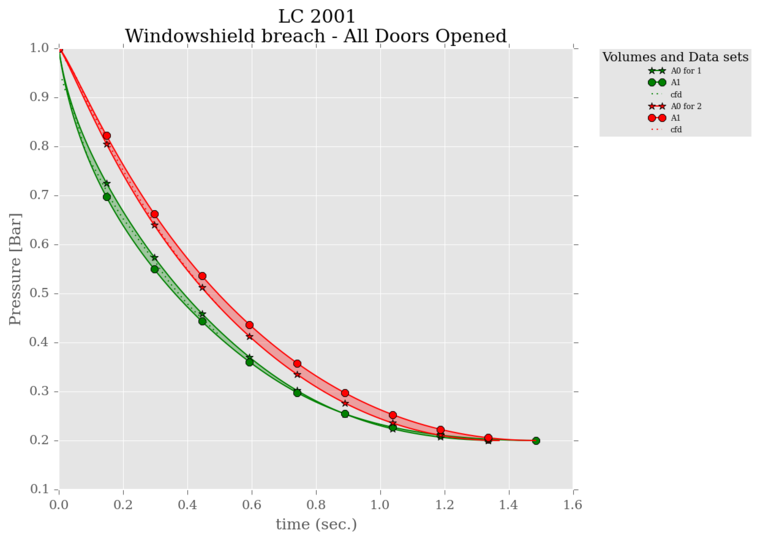 Pressures from the CFD are clearly included inside the tiny pressures envelop given by the two analysis A0 and A1. CFD fits perfectly into it.

The DeltaP are the most use full values for a decompression analysis: 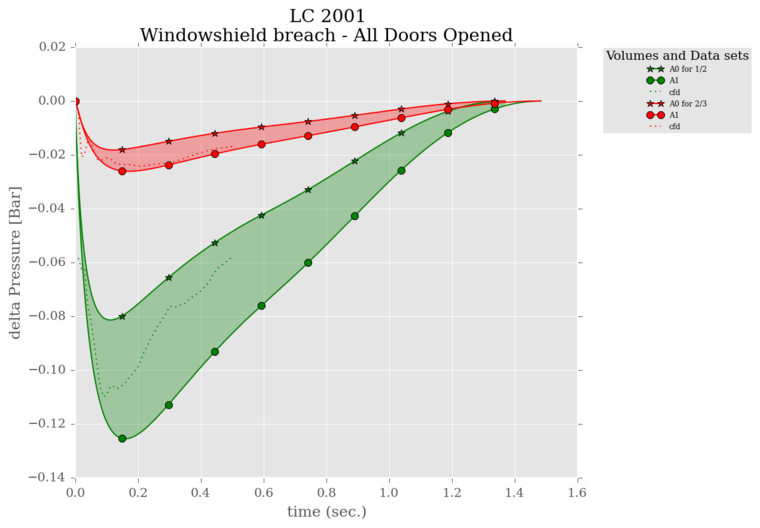 Temperature are expected to correlate more badly, compared to pressure, since the unique parameter taken into account is the gas detent (thus pressure and mass), whereas the CFD will also take into account the calories transfer dur to massflows. 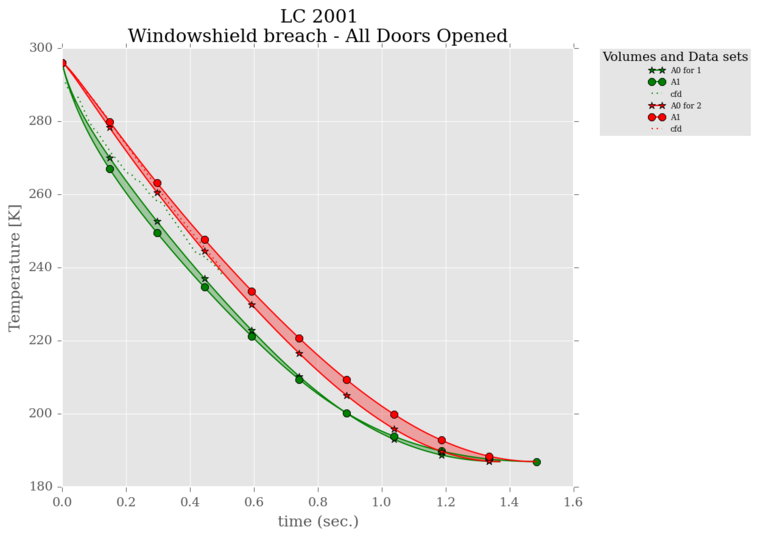 The correlations are really good with pressures using the regular Discharge Coefficients. 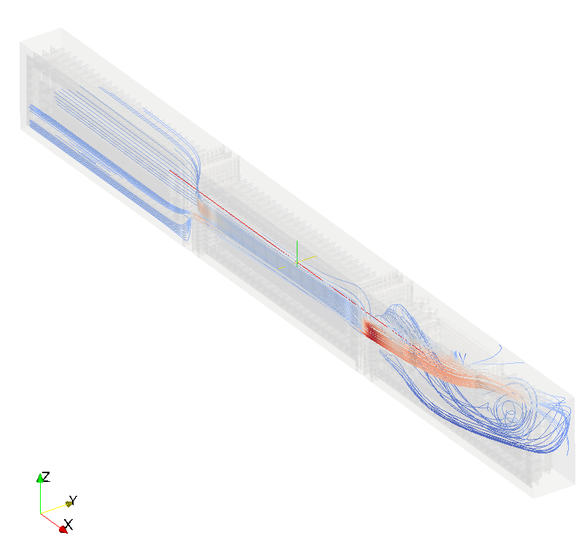