A common issue for NASTRAN models is the famous ”USER FATAL MESSAGE 9137 (SEKRRS)”. The experience described below clearly shows that this message can be due not only to lack of attachment, but also due to an excessive stiffness differential between model and attachments.

The first direction to follow is the one provided by NASTRAN itself:

The user can now add the PARAM, BAILOUT, -1 and run again the analysis, or run a modal analysis (a conveniant shortcut exists via FEMAP command Custom Tools>>Standard Analysis>>modal analysis). 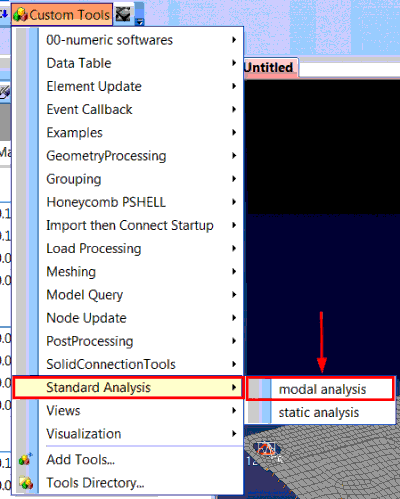 Running a modal Analysis may be more convenient than running Mechanisms (PARAM, BAILOUT, -1) due to the rich information provided by first modes frequencies. In the example used here, the lowest mode is 1.055 Hz. If the model had been poorly constrained (aka. not enough constrained), many of the first modes are below 0.01Hz.

This first investigation shows that model is correctly constrained. 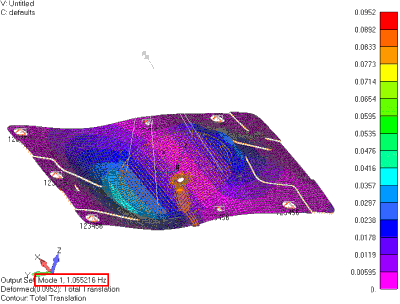 Running the mechanism mode using PARAM, BAILOUT, -1 do not show additional information, and shows normal deformation and stresses. One more time, if the model would have been poorly constrained, mechanism would have shown it immediately. 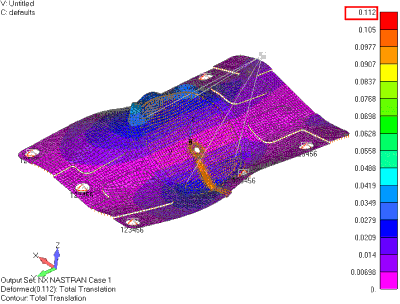 Second part of this post to be read here.